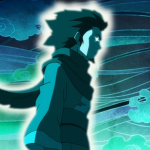 Welcome to my profile,  :D

When I first saw ATLA, I immediately fell under its addicting spell, but as I got older I started watching it much less. Four years ago I rewatched the entire series and watched up to about "Civil Wars, Part 1" of LoK, which was the last episode released.

Now, my Wikia story! I was on here since November 2013 without even knowing it! I used to enter to randomly pick an ATLA episode to watch with the list of episodes (I know, it's weird, but I had rediscovered the series and was obsessed!) I was attracted here because it was cleaner than Wikipedia's list. It was not until March or April in 2014 that I realized what this site really was. I saw the recent wiki activity button and from that moment, my life changed. I could stare at the RWA for a long time and was awed by the idea of editing. I created my account and started editing soon after that.

I had a shaky start to say the least. There had just been a Book 3 leak going on - the Mexican Nickelodeon website had just released 4 episodes. I can't remember exactly which ones they were, but I watched them and started posting information around here. That didn't really end well, I was given a warning by an administrator. Aside from the Book 3 leak, I had also tried adding info, but I wasn't good at doing so and had pretty much all my edits reverted. I wasn't very happy with that, but I didn't know what to do. Looking back on that, I'm very thankful that it all happened, because this is probably the best organized wiki I've ever been to and that's saying a lot. With not much to do, I became slightly inactive.

Close to July I started becoming active again and found the Spanish version of this wiki. I saw it needed a lot of help and started editing there. As of right now, I currently have created more than 150 articles there, but there is still a lot of work needed there. Soon after, I became a rollback there. A few months after that, I became a rollback here and in December I became an administrator there! Nowadays, I am fixing images, content and mostly everything over at the Spanish wiki, but am editing here more than ever as well!

Currently, I also volunteer for Fandom as a Community Council member, a Vanguard member and VSTF member.

As of February 2020, I was employed by Fandom and will now work as a Content Team Member.

What I'm currently doing: I helped migrate the wonderful infoboxes on this wiki to portable, which was done using this code and I'm also removing a ton of red links so you may see me around with that (it's a very long list ^^"). Other than that, I usually check the Recent Changes for vandalism and revert it.

Few facts about me

Languages that I can speak

Retrieved from "https://avatar.fandom.com/wiki/User:Tono555?oldid=2800908"
Community content is available under CC-BY-SA unless otherwise noted.