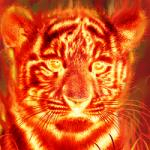 "We are what we choose to be,
but destiny must forge us first."

"Korrasami
How a minute can
last a lifetime"

Welcome, , to my user page. Many thanks to Minnichi for drawing and allowing me to use the image I have as an infobox image. Min, you rock! (She also drew another image of me.)

Heiress of the Nile

Main article: Heiress of the Nile

I'm currently writing a fanon story myself *Points to the link above*. I started making up my own story in.. 2005 or something when I read my all time favorite book "River God" written by Wilbur Smith. I fell in love with the setting, the characters and the story of Lostris (hence my nickname and I've used that name ever since I needed to give a user name somewhere ^^ ). I just started to make up a side story using many of the characters of the book and some new ones. When I discovered Avatar, well, the two just started to blur together to form a new story, "Heiress of the Nile". It is only recently that I decided to put pen to paper and you know how things go when you start to write things down: everything changes.

The story is a combination of River God meets Warlock (another novel of Wilbur Smith and a follow up story of River God) meets my own wicked imagination meets A:TLA meets whatever show/movie I like (yes, there will be some Disney references. I'm 31 and I like Disney, sue me.)
The story will take place in Ancient Egypt where every Nation will have its own province, the Fire Nation being the biggest and most important of all (I like firebending, what can I say). The main character will be Lostris - NOT ME, I'm absolutely NOT writing a fanon about myself, I am not that egocentric. Like I said, the story is partially based on River God where the main character -which I totally adored- is named Lostris. Hell, most of the names of the main characters are based on Wilbur Smith’s Egyptian novels. In my story, Lostris is the daughter of Fire Lady Amanra and the late Fire Lord Tamose, making her the Crown Princess of the Fire Nation. She's also a firebender, but the Grand Vizier Naja wants the throne for himself. He can be compared to Ozai, same high skilled firebending abilities and ambitious goals, but he is more subtle about it. As her guardian, he succeeded in minimizing Lostris' firebending training, so that when it would come to a duel for the throne, he would have the advantage. If you'd like to know more, well.. stay tuned :-)

Now, why Ancient Egypt you may wonder. That is a very valid question and the answer is very simple: I love the Ancient Egyptians. I find their whole culture absolutely fascinating and marvelous.

This is a one-shot rewrite I did from the last minutes of "Endgame". Why? Though I love Avatar and I like The Legend of Korra and all, that finale was total crap and lacked any form of feeling. Seriously, I cannot watch that ending without still cringing upon hearing the most hollow "I love you, too" I have ever heard in a series. Makorra, come the fuck on, where the hell is the love? The feeling? The heart? So for those reasons, I decided to rewrite that ending to fit my favorite pairing. It's the only pairing that would've actually worked if you look at the characters and the feelings they have etc, so enjoy the ending of Endgame once more with feeling, Korrasami-style ^^

I tried to stay as close as possible to the series how it actually happened, recycling events and dialogues etc, but just give it that extra touch of feeling, drama, and heart.

Yeah, yeah, Book One: Air of The Legend of Korra was really heavy on the relationship stuff, but in my opinion, it lacked some genuine sweet scenes if they wanted to go for a romance overload. So I decided I'd give it a shot ^^. Of course, loving scenes can only be written for characters that have actual feelings, so this is a Korrasami one-shot that shows a short scene of how well the waterbender and the Sato-heiress feel each other. Speaking is silver, silence is gold is sometimes the best motto ever.

Originally intended to be a one-shot rewrite of the ending of "The Last Stand", it changed it to be a multi-chapters story, as the chapters quickly became too lengthy. While I'm thrilled to see that Korrasami became endgame, I was a bit disappointed with the vague representation of how their relationship began. As such, I decided to rewrite the ending to put more emphasis on how they became a couple and why, because really, a twelve-year-old boy and a fourteen-year-old girl can full on French kiss, but a twenty-one-year-old woman and twenty-two-year-old woman have to be content with just holding hands and gazing at each other? Fuck that!

Similar to what I did with A Minute, I tried to stay as close as possible to the series, recycling events and dialogues etc, while adding my own spin to it to place more focus on Korrasami.

"Conversations with Lostris are like putting a bucket over your head: you look stupid and have no idea what's going on until you pull it off to puke in it. Side effects of interacting with a Lostris include pyrophobia, hallucinations and incessant rambling."
―FruipyLoopy on the delight that is conversing with Lady Lostris.

"You wanna know how Australians reproduce? They mate."
―FruipyLoopy on Australian reproduction.

"Hold on, I have a head in my pants."
―Fruipit asking me to stop talking for a moment.

"Otherwise it'll be 12am before I know it and naked Yuhan will be back to haunt me."
―The real reason for why Minnichi always seems to be tired.

"Do it for the bellybuttons. come on. You know you can."
―Minnichi's best persuasive tactic.

"It's a really interesting test o.o Also makes me wonder if different orgasms have different neural processes for such selective attention. Or are animals less selective than humans?"
―Minnichi's train of thought about ... yeah ... yeah. And then she blames autocorrect for changing "organisms".

"He's like a European and just deals with it like he has no pointer in his butt."
―And then they say that Germans have no sense of humor ... some things do get lost in translation.

Retrieved from "https://avatar.fandom.com/wiki/User:Lady_Lostris?oldid=2807461"
Community content is available under CC-BY-SA unless otherwise noted.