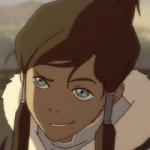 Huge avatard, re-watched the entire series for the gazillion-th time, losing my sanity in the process. I'm here every single day, with my eyes are glued here, stalking edits o.o. If your're lucky, you might find me on the IRC too :)

Quotes about the Movie

And i'm sure to be back ASAP!

Pages I'm most active on

Retrieved from "https://avatar.fandom.com/wiki/User:Axiovatar?oldid=1872719"
Community content is available under CC-BY-SA unless otherwise noted.