Changing the profile image (the image in the article's infobox, or the top image to the right of the introduction for a large majority of articles) is one of the most common proposed changes to articles on Avatar Wiki. Due to the regularity with which profile image changes are suggested, Avatar Wiki centralizes these changes on this page.

In order to speed up the process, it can be beneficial to withhold your comments when you agree with the majority. Adding your own comment will reset the "five days without comment" waiting period for consensus.

Agree with the majority? Speed up consensus by not commenting. Discussion ends five days after the last post. 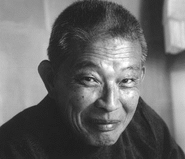 Simple, the current image is in black and white, the proposal is not.

While most of the time being in color is "better", I'd say this one it's not. The black and white version, imo, looks better. I vote to keep the current. Zacatero • (Wall) • 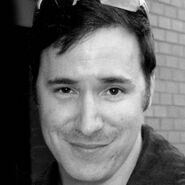 The current image feels a little off, in terms of the lighting and the expression. Though the proposal is black and white, I think it is a better depiction and has a more natural feel. HAMMEROFTHØR (wall) • 00:02, 15 May 2022 (UTC) 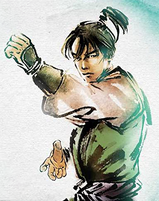 New official art from the new Avatar 2023 calendar has Yun's image in full colour. Its essentially the same, but I think its an improvement. RubbleRubble (wall • contribs) 02:07, 13 May 2022 (UTC)

I also support for obvious reasons. 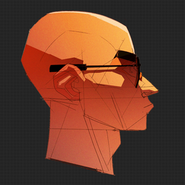 The current is just a logo, whereas the proposal shows a photo of him.

The current profile image was drawn and selected directly by Reagan Lodge as the image they wanted for their article, as can be seen here. For that reason, I do not agree with changing it. HAMMEROFTHØR (wall) • 21:20, 9 May 2022 (UTC)

I agree with keeping it the same. Zacatero • (Wall) •

In that case I agree it shouldn't be changed, Lodge's personal preference of his profile image should come above the community's.

Hello again! The current profile image for Kuruk doesn't show his personality well, and he's also blue in the image, whereas my proposal shows him with a more "care free" and "relaxed" posture and expression, matching his personality better, and also he isn't blue.

Sorry, but I just can't support it. Firstly, the proposal is from a flashback. Secondly, the major reason behind my rejection is that Kuruk was quite serious about his Avatarhood (though he was indeed quite laid-back in his early years), especially considering the fact that once Kuruk realized that dark spirits were on rise at that time, he decided to destroy them. The first battle itself caused Kuruk's spirit to be partly damaged, this battle was what caused him to settle these spiritual matters alone. As he continued destroying them, his spirit was steadily receiving more damage. This is what caused to act hedonistic and more laid-back as you said. This laid-back attitude was what caused him to be greatly shunned by people as time went by. But, Kuruk continued protecting the world from the shadows by continuing his work of confronting dark spirits. So, the current perfectly showcases his seriousness. So, almost everyone are sure to reject it. If you are confused by my reasoning, refer to his page. Sorry, if this sounds blunt. Yohan Mavely talk

Firstly, I don't think the proposal having a slightly wavy outline is worse than Kuruk being blue, and secondly, I agree with you that Kuruk was serious about his Avatarhood, but in the other aspects of his life, he was care free. Also don't worry, you didn't appear blunt :).

Actually, I'm pretty sure what looks like a flashback effect is actually just motion blur, so if someone found a better position that'd probably be gone.

Nevertheless, the picture is showing Kuruk without the robes he usually wears when journeying as the Avatar (his Water Tribe robes). And his smirk is quite awkward, considering that he was confident in his abilities. Yohan Mavely talk

Hang on when is it stated that he wears those robes when travelling with his Team Avatar? I thought he wore different clothes. And as for his smirk being awkward I can get a new version of the image if you'd like?

As Yohan Mavely said, while Kuruk had a relaxed personality originally and later became known for his hedonism, strictly speaking most of his life was marked by severe depression. In this regard, the current image is better - despite its other flaws. DyingFlameTsui (wall • contribs) 08:39, 25 April 2022 (UTC) 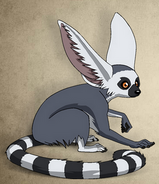 Actual art from the series is better than concept art, and the proposal also has a better position (the face is clearer).

Per Dc: the current image shows the complete ears and the hands, giving you a more complete view of the animal. Lady Lostris /

I agree with Dc as well - the concept art shows off the entire body and has a better angle, whereas the proposal only shows the face from extremely close up. 🌿Jellybean Jade🌿Can you fix me? 6:33, 4/20/22 (EST)

As per the majority votes, the entire anatomy is shown in the current. Additionally, the proposal is already in use (as PI for Poki's page). Yohan Mavely talk

As most Avatar Wikians know, 14th April was when The Legend of Korra debuted its first episode Welcome to Republic City and 14th April this year will mark the 10th-Year Anniversary of the series (it's already 14th April in my timezone, so big congratulations from India!). So, how about celebrating this occasion in the wiki, just like how it was done for Avatar: The Last Airbenders 15th anniversary.

So, I have come up with a good logo for this purpose. This discussion must be ended quickly since the day is closing in by a few hours (for Western countries). Having said so, let's proceed! The proposed logo is coloured blue (matching Korra's clothes. It's also her main colour, we all know that!). Is this logo acceptable? If yes, for how long can this logo stay in this wiki (I'd suggest, for at least a month)? Yohan Mavely talk

The current image shows the Fire Ferrets wearing the training uniform and not their actual uniform, which isn't great, where as all of the proposals show them in the pro-bending arena and wearing Fire Ferret uniform. Proposal #1 shows them in their uniform and you can see all of the team members clearly, however it's not in a fighting situation, proposal #2 is the same as proposal #1 but all the members have angrier expressions rather than happy ones, and proposal #3 shows them in a fighting pose, but you can't see Bolin very well.

I agree that the profile image needs to be changed. But I don't support any of the proposals. #1 is a little blurry, while the other two are showing the team members having serious expressions that look too much for a profile image. Yohan Mavely talk

With the current selection, I like the second proposal as well. All three original members are in full view, we can see their full uniforms, and the Future Industries logo is visible. It is a bit blurry, but that is only because of the arbitrarily small size every image on this wiki is uploaded in. I would go with proposal #1 if it didn't have the distracting reel overlay #2 also didn't have the team's animal namesake. SorcererSupreme21 (wall • contribs) 10:44, 13 April 2022 (UTC)

I understand the intention in showing them in their actual uniform, but I don't think the proposals are better overall compared to the current for a profile image. The first has a coloured blur over it that is distracting, and the third doesn't give a good view of Bolin in the back. For the second, the angry expression each member has isn't really consistent with how they are as a team, and which is much better expressed by the current showing them huddled together. For these reasons, I support the current. HAMMEROFTHØR (wall) • 12:15, 13 April 2022 (UTC)

If the first proposal was less blurry, I think it would work. They’re smiling, the angle shows their whole body, and they’re wearing their uniforms. The lighting is very triumphant as well. 🌿Jellybean Jade🌿Can you fix me? 6:35, 4/20/22 (EST)

@Jellybean Jade - the discussion has already moved to a vote, which is between keeping the current image or going with proposal #2. If you want to leave your vote, you can do so in the section below. HAMMEROFTHØR (wall) • 22:42, 20 April 2022 (UTC)

Since there is no clear consensus on the proposal, this discussion will move to a community vote. The two most popular proposals were to keep the current image or to change it to proposal #2, and so the vote will be between these two.

The vote will close after two weeks or 5 days with no vote made.

Very simple, the proposal is in colour.

Also another point I should add is that the proposal is more updated.